Marine and Infrastructure General Manager Sean Bolt says the Takutai’s backhoe dredging mechanism is ideal for the fine silt in the Upper Otago Channel and for undertaking the upper and lower channel widening work.

"Takutai is playing a major role in setting up the Port for future growth, by deepening and widening the channels to facilitate larger ships being able to come and go from Port and improve safety."

Upon her arrival to Otago, Takutai was fitted with some new features, including safety improvements, such as installation of fire suppression systems and an operator interface, which gives Takutai’s operator an accurate bucket position relative to the surveyed sea floor. 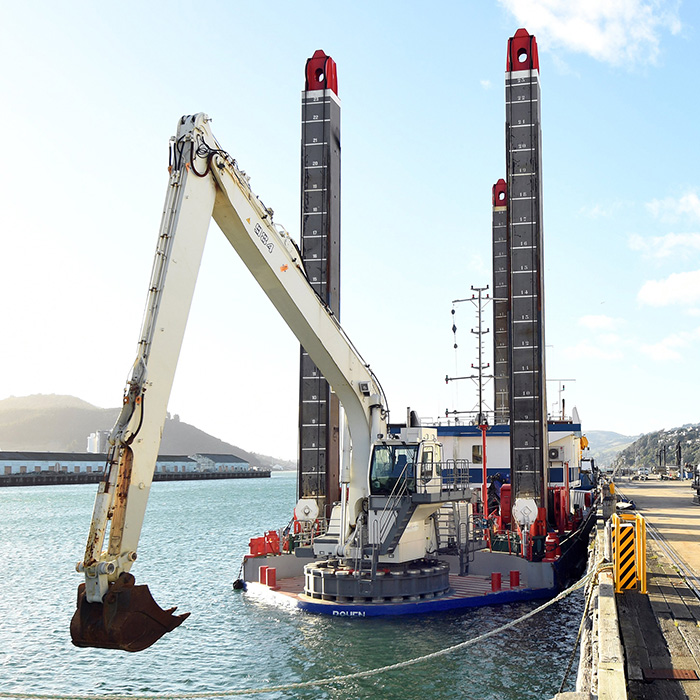