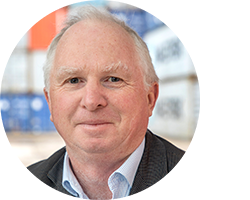 Bob graduated from the University of Canterbury with a Bachelor of Engineering (Civil) degree. He has spent the majority of his 30-year engineering career with roading and infrastructure company Fulton Hogan – in both operational and executive management roles. He has also served on several infrastructure industry boards.

Bob was appointed a Fulton Hogan director in 2008 and serves on the boards of its subsidiary land development companies, which develop commercial and residential property in Christchurch and greater Auckland. He is also a director of Dunedin’s Blackhead Quarries and Horokiwi Quarries in Wellington.