Port Chalmers has three berths, suitable for handling containerised, multipurpose, and conventional vessels. Berthing flexibility is guaranteed by a swinging basin dredged to 13.5 metres, with a turning diameter of 487 metres. 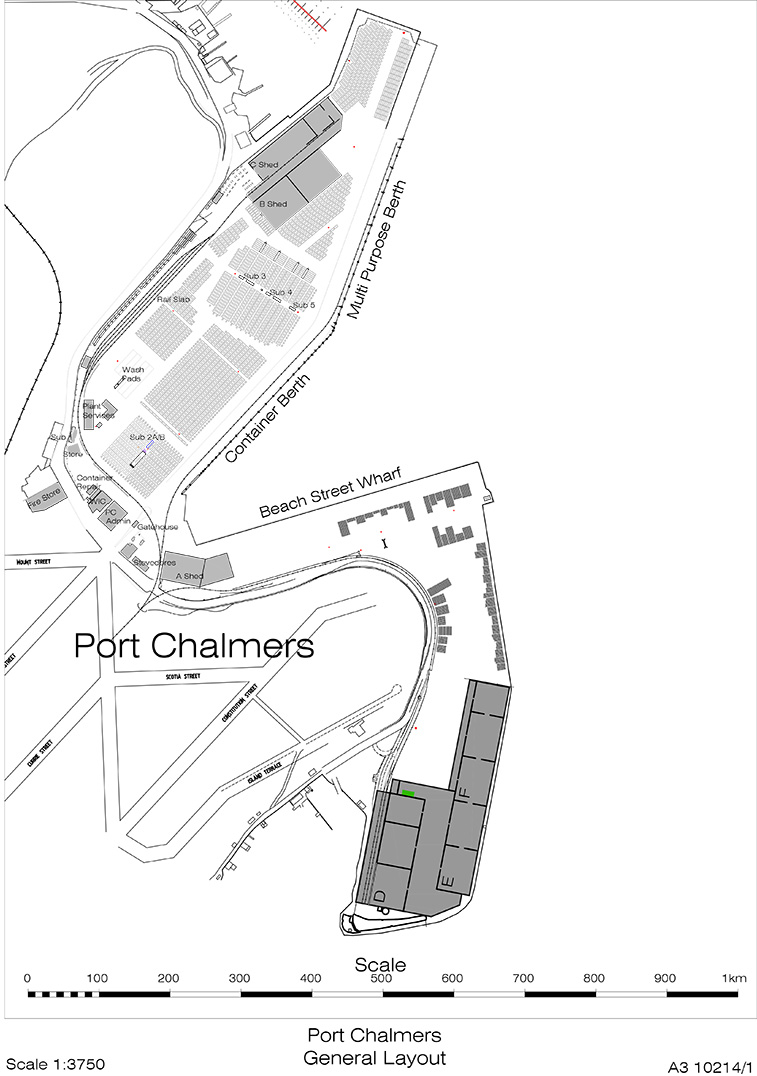 Tankers, fishing vessels, bulk carriers and smaller conventional vessels are the principal users. The channel between Port Chalmers and Dunedin is capable of handling vessels of up to 185 metres LOA, 8.0 metres draught and 32.3 metres beam. Vessels in excess of 150 metres LOA can transit in daylight only.

The Dunedin wharves are adjacent to the cold storage industry established to service the meat, dairy, fishing and horticultural exports of the region.

In addition to the Dunedin wharves, the Ravensbourne fertiliser pier is located between Port Chalmers and Dunedin.

N.B Prior to any movements to the berths refers to the latest sounding chart for the most recent sounding details. Actual soundings may differ from the official NZ 6612 chart.
Berths marked with * are historical data. 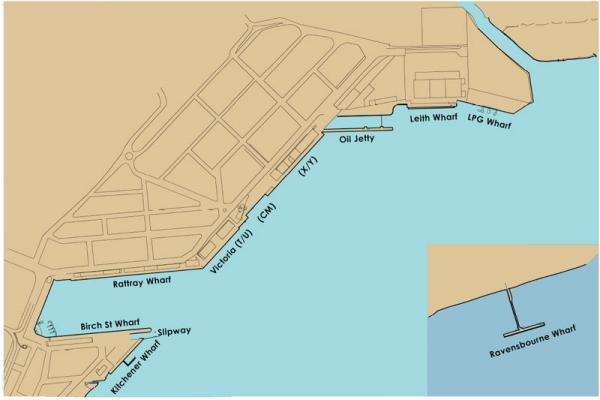 Port Otago wharves and jetties have limited loading capacities. Exceeding these capacities can result in damage or even collapse. A Heavy Loading Permit must be obtained in the following situations:

Applications should be submitted at least 48 hours prior to any proposed heavy load or crane operation. Access or lifts must not be carried out until countersigned approval has been received from Port Otago Limited.

If uncertain, contact Port Otago Limited on 03 472 7890 prior to placing any load onto a wharf or jetty.